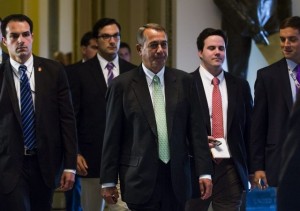 Republicans at the US House of Representatives plan to vote on a bill that blocks the deportation of millions of immigrants without legal authorization living in the country. This funding was part of the executive measures that President Barack Obama announced last November.

The Republicans goal is to knock the unilateral decisions of the president about immigration, subordinating them to the budget allocated for the Department of Homeland Security (DHS), in charge of executing them.

Colombia warns about the wait the El Niño phenomenon