U.S. Military Group will leave the country by request of the Ecuadorian Government

The spokesman for the U.S. Embassy in Quito, Jeffrey Weinshenker said last Thursday to news agency Associated Press, that “on Monday, 7 April, the government of Ecuador formally requested that the Office of Security Cooperation of the Embassy, formerly known as Military Group, to end its activities in Ecuador.”

Weinshenker said that Ecuador asked to “terminate its activities by the end of April 2014, so that the Ecuadorian government has made it clear that they no longer want that security assistance, so the U.S. government… will move its resources elsewhere.”

The request was made in writing by Ecuador, said a senior official of the Ecuadorian government who asked not to be identified because he was not authorized to disclose such information, but the U.S. diplomatic mission confirmed the issue.

In 2013, the U.S. government gave to Ecuador nearly seven million dollars in security assistance to develop programs such as technical maintenance of vehicles, aircraft, security and logistics, the construction of an Ecuadorian military center to keep the peace, the strengthening of Ecuador ‘s defense capacity and to strengthen cooperation to tackle drug trafficking, human trafficking, terrorism and other transnational crimes. 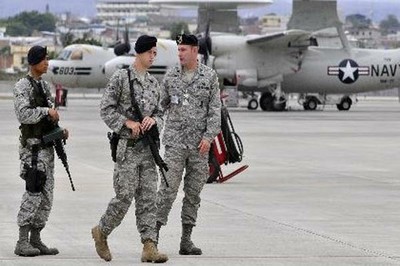 Rebels kill hundreds of people in Sudan by ethnic