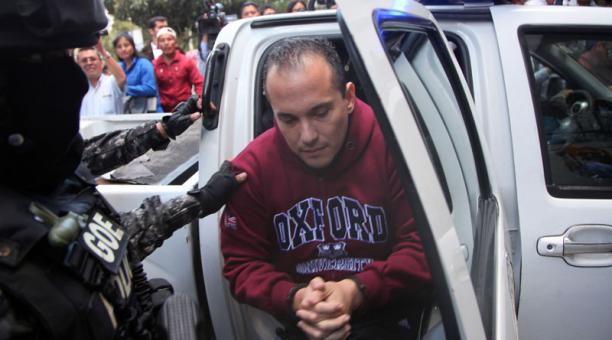 A report of the Financial Analysis Unit (UAF for its Spanish acronym) revealed that the Panamanian company Girbra S.A., whose beneficiary would be the former manager of Petroecuador Alex Bravo Panchano, received millionaires payments in the Helm Bank Panama, coming from accounts in the Cayman Islands, Switzerland and China.

Humberto Guarderas Cordova, manager and former partner of the Consulting firm Tecnazul Cia. Ltda would be among the depositors. Petroecuador awarded a contract for $ 505,000 to this company to conduct studies of the repowering of pipelines on the Coast in October 2011.

According to a report of the Comptroller, Tecnazul participated in a contract awarded by Petroecuador to the Australian company WorleyParsons to conduct a consultancy for the construction of the liquefaction plant of natural gas in Bajo Alto (El Oro). That contract was initially awarded for $ 1.05 million and $ 1.97 million at the end.

There are no reports of dead or injured Ecuadorians by earthquake in Italy, says ambassador