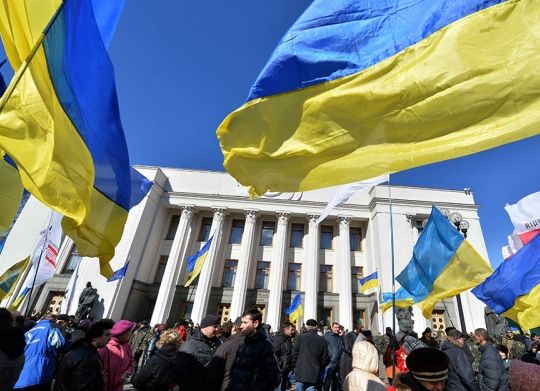 Ukraine gave the green light to join NATO at renouncing its status as a non-alienated country, a move that angered Moscu, close to resume peace negotiations between Kiev and the pro-Russian rebels.

A majority of 303 deputies voted in favor of the bill and only eight against. This bill states that the government shall “meet the necessary criteria for accession to NATO.”

The law, passed without problems by an Ukrainian parliament controlled by the pro-Western, must be promulgated by President Petro Poroshenko, who welcomed the adoption on his Twitter account.

“European and Euro-Atlantic integration is the path that has no alternative for Ukraine,” he added, justifying the need for the law by the Russian military “aggression” against Ukraine.

Moscow condemned this Kiev’s decision through its Russian Prime Minister Dmitry Medvedev, who in his Facebook page stated that “in fact, it is about a demand for NATO membership, which transforms Ukraine into a potential military adversary of Russia.”