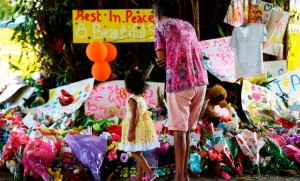 The mother of seven out of the eight children killed in Cairns, northern Australia, was charged of murder, announced on Saturday,December 20 the police.

The bodies of eight children were found on Friday, December 19 at her home in Cairns by her older brother. The victims are four girls aged 2, 11, 12 and 14 years old, one of them niece of the accused, and four boys of 5, 6, 8 and 9 years old.

The Police did not reveal the cause of death of the victims. There are currently several clues being studied, including the fact thatchildren had been suffocated.