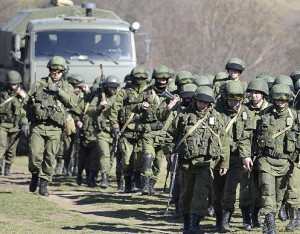 In a new provocation between Ukraine and Russia, Kiev military officials reported yesterday the attack of a Russian army tank on eastern Ukraine airfield.

Both sides would have waged a battle at the airport of the city of Lugansk, as a result of the fact, counterterrorism officials from Ukraine said.

Prior to the attack, Russia urged Ukrainian military to withdraw from civilian population centers in the east, because it claimed that the separatists in the region will not disarm for fear of losing their lives.

Moreover, yesterday Ukraine said that one of its patrol boats overturned and two crew members are missing off the coast in the city of Mariupol, without pointing responsibles for the attack.

For his part, the President of Ukraine, Petro Poroshenko, has said that thousands of Russian soldiers are in the east, helping the separatists. However, Russia has denied the sending of troops to Ukraine, and has defended the action of the rebels in the east.