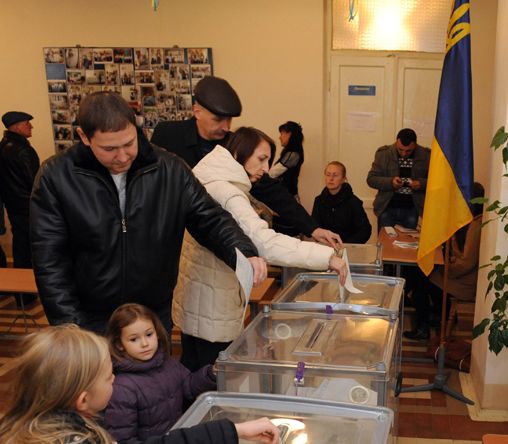 Ukrainians voted in favor of a peaceful solution to the armed conflict in the east of the country, declared President Petro Poroshenko, after exit polls point to an overwhelming victory of the pro-Western parties.

The block of the President and four other pro-Western movements, including nationalists, won about 70% of the vote, according to a survey of three polling organizations.

“The majority of voters were in favor of the political forces that support the peace plan (…) and try to find political means to resolve the conflict,” said in a televised speech Poroshenko.

The group of Poroshenko got between 22% and 23% of the vote. The Popular Front of Prime Minister Arseniy Yatsenyuk in second place obtained 21% of the vote and the Samopomitch movement, composed by youth representatives from civil society and fighters from the east, ranks third (13%).

These elections renew the Parliament and radically accentuate Ukraine’s rapprochement with the European Union.