Ukraine resumed offensive against pro-Russian after end of ceasefire 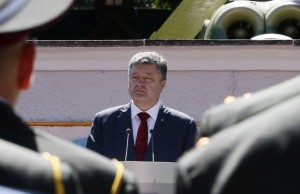 Ukrainian forces have launched a large-scale military operation against pro-Russian separatists in eastern Ukraine, hours after a ceasefire ended.

The 10 days ceasefire ended on Monday night, after the President of Ukraine Petro Poroshenko announced so in a speech to the nation.

“We’re going to attack and we will liberate our land. the nonrenewal of the ceasefire is our response to the terrorists, rebels, looters, those who mock of civilians who work crippling the economy of the region,” he said.

For his part, the President of the Parliament of Ukraine Oleksander Turchynov told the parliamentarians this Tuesday: “I can report that in the morning the active phase of the antiterrorist operation was renewed.”