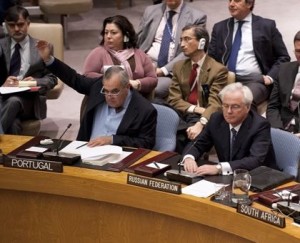 The UN General Assembly today adopted by a clear majority a nonbinding resolution in defense of the territorial integrity of Ukraine denouncing the Russian “annexation” of Crimea, on a voting that showed a divided Latin America.

The resolution submitted by Ukraine and supported by Western powers, obtained 100 votes in favor, 11 against and 58 abstentions, the AFP confirmed.

Ukraine resorted to the General Assembly, organism in which 193 member countries of the UN may vote, after Moscow´s veto to this issue in the Security Council on March 15, one day before the referendum in which Crimea decided to join the Russian Federation.

Ukraine and Western powers have declared the referendum illegal. Unlike the Security Council, the General Assembly resolutions are not binding, so the vote is mostly symbolic.

Extra Newspaper, received a fined of 10% of its last quarter turnover