UN estimates that more than 191,000 people were killed in Syria 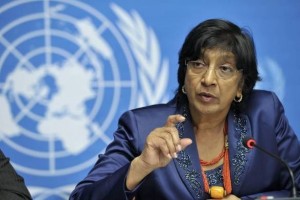 The UN reported on Friday that more than 191,000 people died in Syria’s war since its beginning in 2011, which represents “more than double” of the balance of a year ago.

The UN High Commissioner for Human Rights recorded 191.369 documented cases of people who died in Syria between March 2011 and late April 2014, in relation to the 93,000 cases reported a year ago.

The report was carried out based on five different sources, and does not include those killed in recent months.

Navi Pillay, the UN High Commissioner for Human Rights considered “shocking that despite their enormous suffering, the difficult situation of the wounded, displaced, detainees and families of people killed or missing not generate more attention.”

According to the UN, there is no doubt that the calculation of more than 191,000 dead is a low estimate compared to the actual number of deaths.