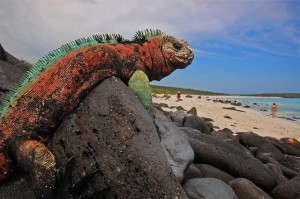 The UN and the government of Ecuador announced yesterday that two stations of the global network of antinuclear surveillance and natural phenomena will settle in the Galapagos Islands.

These islands will be part of system of the 278 nuclear tests control centrals worldwide. The Galapagos, Located 1000 km from the coast of Ecuador and declared a Natural World Heritage Site, are part of the Comprehensive Comprehensive Nuclear-Test-Ban Treaty (CTBTO), ratified by Ecuador in 2001.

According to a statement from the Security portfolio, stations will be financed by the United Nations, and in turn will reinforce the global surveillance network onphenomena such as tsunamis, storms and earthquakes.

The importance of breakfast in children