UN: Shooting down of Malaysia Airlines plane may be considered a war crime 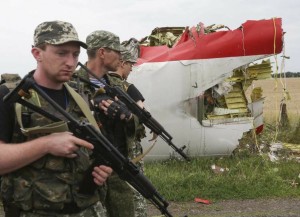 The UN High Commissioner for Human Rights Navi Pillay said today that the recent downing of a passengers plane in eastern Ukraine, with its 298 occupants dead, can be considered a war crime.

“This violation of international law, given the prevailing circumstances, may amount to a war crime,” said Pillay on the shooting down of Malaysian Airlines plane on July 17. She also called for a “full and independent investigation into this fact.”

The UN also estimates that 1,129 people have been killed in the conflict in eastern Ukraine, where fighting between government forces and pro-Russian rebel groups have intensified in recent weeks.

Similarly, 3,442 people have been injured during this violent crisis, that according to the Kiev government figures, at least $ 750 million in reconstruction costs will be required.