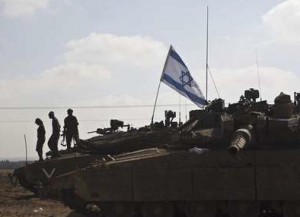 Navi Pillay, UN High Commissioner for Human Rights, today denounced that the United States provides military equipment to the Israeli army and does not do enough to stop the offensive against Gaza.

Pillay reported on the delivery of ammunition and aid that U.S. provides to Israel to keep the Israeli anti-rocket Iron Dome system, which protects the Hebrew territory of rockets from Gaza into operation.

It also stressed that Washington not only help Israel unconditionally in wartime, but also do so in peacetime.

“America has influence over Israel and should do more to stop the killings, to place the parties in conflict to dialogue,” Pillay said at a news conference.

The sale of ammo is set for emergency cases in the called Inventory Reserve Ammo of Israel War, valued at more a billion dollars and that allows Israelis have ammunition urgently.