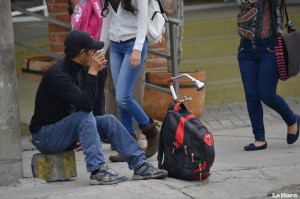 During these nine years, the labor force grew by 18%, going from 6.3 to 7.4 million people. In other words, 1.1 million people from age 15 (minimum working age) entered the labor market, but the creation of jobs has been limited.