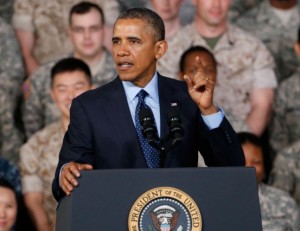 The White House yesterday requested to the Congress to authorize the granting of financial assistance of $ 500 million to militarily “train and equip” the armed groups that since March 2011 attempt to overthrow the constitutional President of that country, Bashar Al-Assad.

The Military assistance, which is part of the $5 000 millions Global Fund of “war against terrorism” announced in late May by U.S. President Barack Obama, would represent the most significant official support from Washington to insurgent groups in more than three years of conflict in the Arab country.

The assistance would be added to secret CIA program of training in Jordan to “Syrian rebels” and delivery of small weapons.

Congress must approve the proposal, which includes another package of $1.000 millions aid against terrorism to Jordan, Lebanon, Turkey and Iraq.