United States reports abouth the documents that Snowden have 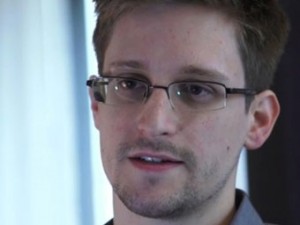 An article published yesterday by The Washington Post newspaper, reveals that United States has advised them to its international partners that the former analyst Edward Snowden has thousands of documents that still has not revealed and can commit everyone.

In its article, the tabloid quoted several sources from the U.S. Government, and indicates that the Office of the Director General Intelligence, James Clapper, told foreign intelligence services about the possibility of reveals extremely delicate joint espionage made by Snowden.

Snowden is currently a refugee in Russia, but last June 23 requested asylum in Ecuador, but this request was denied.

According to the Washington Post, Snowden has around 30 000 documents of joint worlwide intelligence communications system network, which is the same that the soldier Bradley Chelsea Manning gathered information classified for months and which then transferred to the WikiLeaks organization, directed by Julian Assange, refugee spy more than one year ago in the Embassy of Ecuador in London.

Ecuadorian Foreign Minister Ricardo Patiño, said yesterday that the Ecuadorian State is studying the possibility of an international lawsuit against London to demand a solution on Assange asylum.

Bucaram is again warned by the Panamanian Foreign Ministry