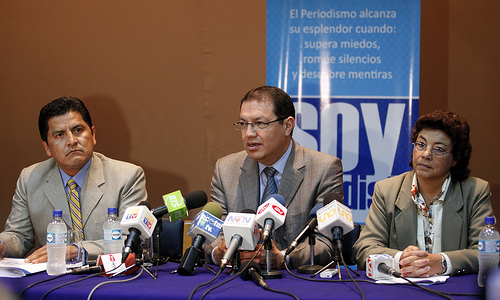 The National Union of Journalists (UNP) said Tuesday that the call of the Commission of Justice of the National Assembly to six Ecuadorian journalists who took part in the Panama Papers investigation, is a “flagrant constitutional violation” and called for the cessation of what it considered “harassment” to journalists.

The UNP argued that the subpoena of parliamentarians was held on Tuesday “ignoring Article 20 of the Constitution that guarantees the professional secrecy and confidentiality of sources for those who inform and express their opinion through the media.”

Members of the Council of Citizen Participation and Social Control (CPCCS), who called journalists to a meeting next Tuesday 19, “have also fallen into this absurd claim.”