When these stories emerged they were other times, without social networks where to record and comment on the supposed paranormal facts. Urban legends moved from mouth to mouth between generations over the decades; they even cause a certain astonishment or curiosity among the population, despite technological progress and the fact that society has become more cynical. 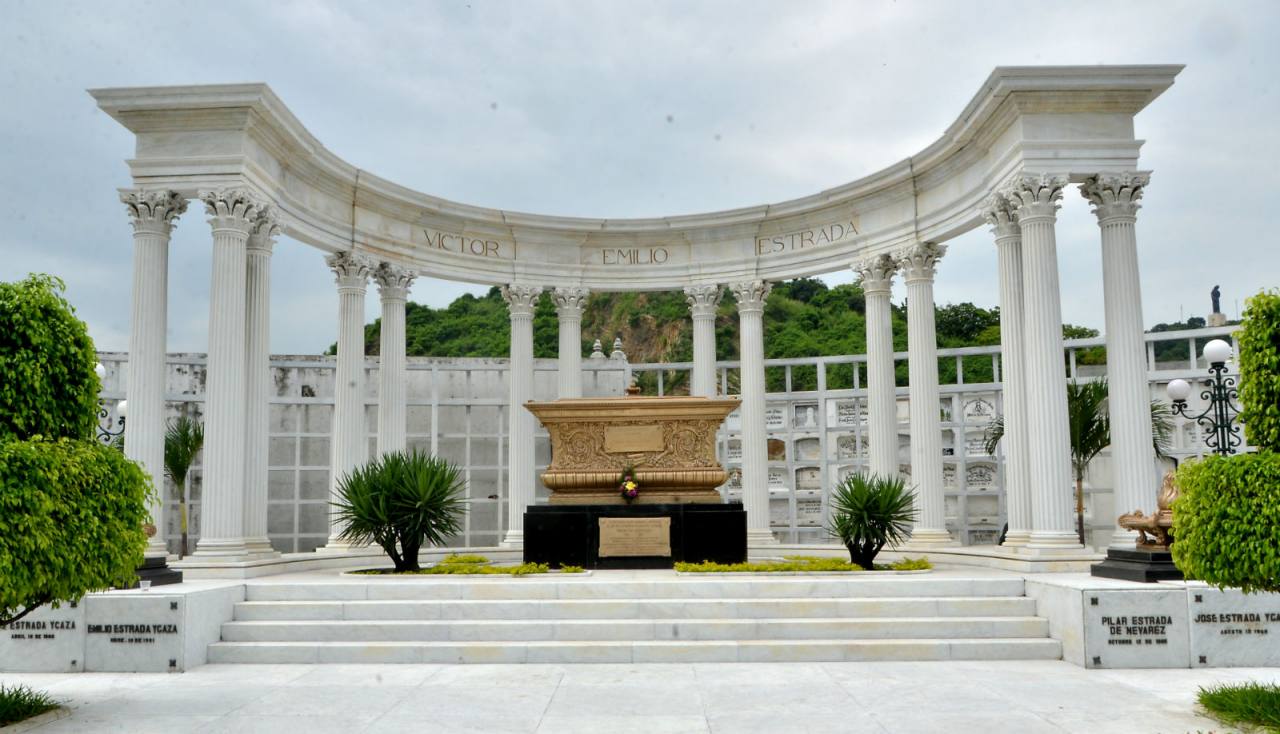 The Patrimonial Cemetery of Guayaquil, considered an open-air museum, is one of the scenarios of these fantastic legends. The protagonist is Víctor Emilio Estrada Sciaccaluga, a notable character from Guayaquil, an entrepreneur, of which some are sure to simply know his name through the emblematic street of Urdesa. But about him – in addition to his time in Ecuadorian politics – there are stories that give much to think about.

Estrada, who in 1944 was president of the Cantonal Council of Guayaquil, was killed on February 21, 1954 after losing the battle against pancreatic cancer. He was 62 years old. His remains rest in a majestic mausoleum at gate VII of the Patrimonial Cemetery.

An urban legend widely spread over the years indicates that his spirit rises at 23:00 from the grave to take taxis with an unknown direction, causing great fright to drivers when they see that their mysterious passenger has disappeared.

Other stories say that he simply talked with the passers-by of the site, who are preparing to take public transport; or that Estrada, after death, helped students get good grades.

The bohemian life that some men led in the 1700s cost them dearly. The presence of the Tapada Lady was the terror of many between midnight and four in the morning at that early time in the history of Buenos Aires life. There is no certainty of its origin, the only thing that stands out is that it appeared a few meters away and in a casual way in front of the men who, following their beauty, followed her.

She was a woman of slender figure and captivating forms, of seductive and elegant walking, surrounded by a pleasant aroma that left the passage and covered the face by a veil that, despite the enigma that represented, left to discover great beauty. No man resisted him, they all looked hypnotized; the distance between her and the man always remained the same: no one moved away, however cowardly, and no one approached him beyond a certain point.

After a stretch, the woman stopped and said to the man: – You see me how I am … Now, if you want to follow me, continue … Finally, the woman took off her veil and her beautiful face disappeared to make way for a horrendous skull that emanated a foul stench …

This situation made their ‘fans’ be shocked; some died from fright, others from the foul smell. The few that survived were rated by popular culture as tunants.

After the impact, the Tapada Lady continued on her way until she disappeared in the streets of Buenos Aires.

It is not a legend, this was real, although nobody ate dead. It was in the 1940s when a dead burial saw an ‘opportunity’ to capitalize on death. The man in question attended the wealthy family burials of the time at the General Cemetery of Guayaquil. At that time the deceased who had enjoyed a good economic position were buried with their best clothes, shoes and jewelry.

After a while or perhaps even on the same night, the ‘dead’ dug up the bodies to take over the valuables of the deceased. Rings, elegant dresses, chains and even gold teeth were stolen from the coffins.

In a city where there were few inhabitants then, in relation to the present, it was a matter of time to discover that the stolen objects had ‘come back to life’. The relatives of the assaulted deceased began to notice that the belongings of their relatives were suddenly for sale in local downtown Buenos Aires. For example, the mother of a deceased was stunned when she saw in the window of a room the wedding dress that she put to the daughter for the wake and with which he buried her.

No divine justice was necessary for this case, because the action was sanctioned in this life. After the complaints filed by owners of the desecrated tombs, the authorities arrested the ‘dead man’, as well as his accomplices.

Cantuña was an indigenous to whom the Franciscan parents entrusted the construction of the church of San Francisco de Quito. He had six months to finish the work, in return he would receive a large sum of money.

The native had the time against him, but he assembled a team and set out to finish the temple in the agreed time. But time passed and the contractor began to realize that he would not have enough time to complete the work. In the middle of his despair the devil appeared to him, who proposed to him to finish the church before dawn, but in return he had to give him his soul.

Cantuña had no choice and accepted the deal, which consisted of finishing the work in the shortest possible time and placing all the stones. The devil and his assistants finished the work before midnight and the evil one was ready to collect the debt.

Lucifer approached Cantuña to claim his own, but he rebuked him and said: “The deal has been breached! You offered to place me until the last stone of the construction and it was not like that. A stone is missing. ” But the rock in question had been removed from the work by Cantuña himself, who hid it before the demons began construction.

The devil, astonished, saw how a mere mortal had deceived him. Thus, Cantuña saved his soul and the devil, feeling mocked, took refuge in hell without taking his pay.