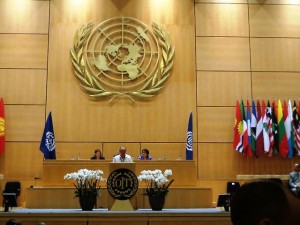 The International Labour Organization (ILO) announced that the urban unemployment rate in Latin America and the Caribbean had an “atypical” change in 2014, as it continues to go down despite the economic slowdown; however, it warned that the slow growth has begun to impact the labor market.

Elizabeth Tinoco, ILO Regional Director for Latin America and the Caribbean, said that the urban unemployment rate is 6.2% for the third quarter of 2014 and it will close the year at 6.1%, below 6.2% from 2013.

“We are talking about almost 15 million people unemployed,” Tinoco said.