The name of Alvaro Uribe has weight in the politics of Colombia, and so it was proven when, while still president, amended the constitution to allow an immediate election.

After winning that election and extending his presidency for eight years, he chose his “successor,” Juan Manuel Santos, current president and then defense minister. But despite Uribe left the presidency of Colombia in 2010, he never abandoned his taste for politics.

In last Sunday’s elections, his political party, the Centro Democratico, was raised to the first opposition political force, and now Uribe, strong opponent of Santos’s government, will have the longed representation in the Colombian Congress.

Uribe’s arrival to the Senate is assumed as a headache for the head of state, and it should also be noted the fact of having reached 20 senators to lead the opposition in the Senate.

Thus Uribe again reaches the center. In an uncertain point: without an absolute majority, but with enough force to complicate the bills that the Government needs to make peace with the FARC, in Havana. 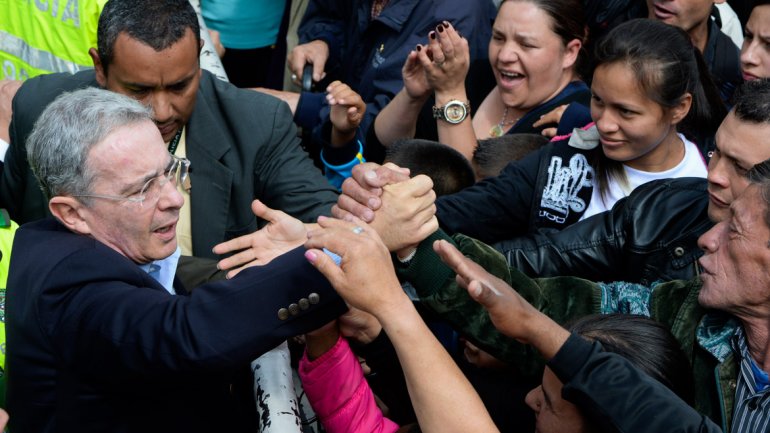