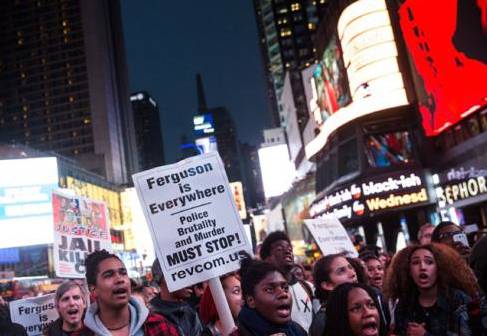 New York and other American cities were the scene of demonstrations yesterday evening to denounce police impunity in several cases of deaths of African Americans, which has raised the racial tensions in the country.

For the second consecutive night, several thousand New Yorkers, including many African descent and Latinos, turned to the streets in different parts of the city.

“We can not tolerate impunity for the police. The government has to do something. They have a video showing what happened. What else you need?” Said one 40-year-old activist, present in the demonstrations.

Several helicopters flew over the high points and hundreds of policemen closely controlled the demonstrations, the most important of which was launched in Foley Square, in lower Manhattan, to cross the Brooklyn Bridge.

While in Chicago, Boston, Philadelphia, Baltimore and Washington, demonstrations were also recorded but no serious violent incidents were reported.

The demonstrations coincided with the unveiling of a new case in Arizona, where a Phoenix police officer killed an unarmed black man, 34, during an arrest and who was suspected of being involved in drug trafficking.