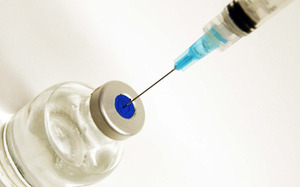 The vaccine against the flu, including H1N1, AH3N2 and B types, will be available from today in the medical centers of the Health Ministry of Ecuador (MSP).

This campaign, which will culminate on December 31, is more focused on help children, the elderly, pregnant women and people suffering from diseases such as hypertension, diabetes, renal failure, heart problems, HIV, among others, which can make them more susceptible to contracting the virus.

According to the latest report of the MSP, which was published on October 4, H1N1 flu infected 713 and took the lives of 41; the AH3N2 affected 244 people and 12 died; and the type B registered 82 cases of whom 5 died.

This year, the MSP acquired 3.7 million doses to be distributed throughout the country, while 3.5 million people were vaccinated in 2012.

The Director of health of Tungurahua, Lorena Velasco, said  they expect that around 120.000 people, in that province, receive the immunization dose, especially the most vulnerable to diseases.

While in Manabi is expected to vaccinate about 380.776 people. Carmina Pinargote, zonal Coordinator of health zone 4, stated that they have requested the cooperation of local authorities of the 22 cantons of the province to reach the maximum population.

Constanza Baez, the third most beautiful woman in the world