Varoufakis suggests the promotion of electronic money in the country 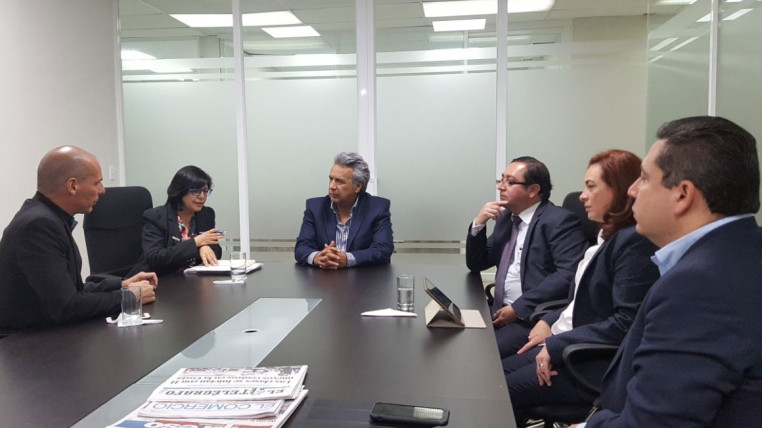 Greek former finance minister Yanis Varoufakis visited the country to praise the outgoing administration of president Rafael Correa and advise president-elect Lenin Moreno. He held meetings yesterday with them to give praise.

Few are the changes he suggests in an economic model he qualifies as “exemplary.” In two public events in the country held Monday, the left-wing activist said that the challenge of Moreno is to maintain the macroeconomic system and innovate investments. He said that only the United States and China are making significant leaps in technology investment. Ecuador, in his view, has opportunities.

In his talks, Varoufakis assured that it is time to make an extensive use ofelectronic money. The fierce detractor of the euro as the currency of the 28 countries of the European Union considers that the tool must be developed for the inclusion of more people in financial services. Of course, he stressed, it is a tool that needs regulation. Something he believes Ecuador is able to offer.