Venezuela: Defense of Ledezma will appeal the decision of the Attorney 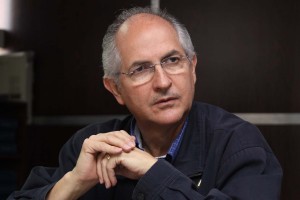 The defense of the mayor of Caracas, Antonio Ledezma,who was arrested by intelligence agents and accused by the prosecution for alleged conspiracy against the Venezuelan government said yesterday it would appeal the decision considering that the allegations are”unfounded”.

“The defense will exercise all the resources given by the law, without excluding any. In the immediate futurewill raise an appeal because the chargesagainst the mayor are unfounded and illegal”, told AFP the lawyer Omar Estacio.

Estacio, added that they willm also introduce a motion to vacate because they believes that “some acts were flawed”.