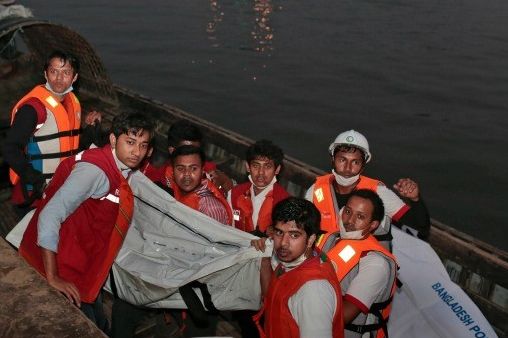 At least 69 people were dead in Bangladesh after the sinking of a passenger ferry collided with a ship, police said.

The MV Mostofa, from Rajbari district, was heading Paturia, about 30 miles away, by the Padma river when it suffered a collision with a merchant ship and sank within minutes.

“Most were discovered in the ship after been hoisting and towed to shore. The balance is now 69 dead,” told AFP inspector Abdul Muqtadir.

Authorities said they were unaware of the exact number of persons on board and the rescue continued overnight with the help of outbreaks of other ferries.

According to survivors, the boat was carrying 70 to 150 people at the time of the accident.

A local official announced that the police arrested the ship’s captain and two other crew members. The government ordered an investigation.