Venezuela: Executives of Farmatodo pharmacies are detained by destabilization 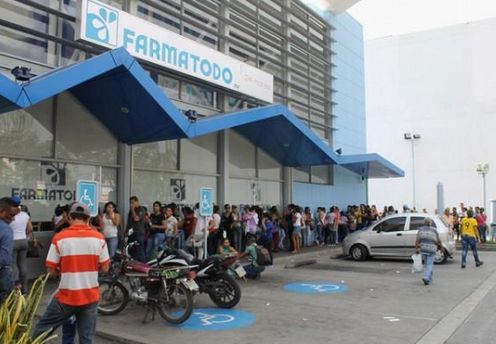 Venezuelan authorities said on Wednesday that two directors of the Venezuelan drugstore chain Farmatodo were arrested and accused of economic destabilization by the prosecution.

Venezuelan President Nicolas Maduro reported on Sunday that executives of the Farmatodo chain, one of the largest distributors of medicines and toiletries in the country, had been detained to be questioned, accused of concealing various goods.

The Public Prosecutor “managed the deprivation of liberty of the CEO and Vice president of Farmatodo chain operations, Pedro Luis Angarita Azpurua and Agustin Alvarez Antonio Costa, respectively, who were arrested last Saturday,” the prosecutor said in a statement.

According to the prosecution, last Saturday, after an inspection at a pharmacy chain in Caracas, it was detected “there were several cash registers that were not operating while a long line of people was waiting to cancel the products.”

The “suspects were arrested and brought to the order of the Prosecution,” which determined their transfer to the Bolivarian Intelligence Service, the report said.