Venezuela honors Patricio Zambrano before taking over the Ministry of Defense

Shortly before he was appointed as the new Defense Minister, Patricio Zambrano was decorated by the Government of Venezuela.

On August 22 of this year, the Defense Adviser in Ecuador of the Ministry of Popular Power for the Defense of Venezuela awarded the “Medal of Merit” to Zambrano, after the favorable vote of the “Honor” Council.

The diploma was stamped by Defense Attaché Heikel Fidias Gámez and said that it is “given to Zambrano for his valuable and disinterested collaboration in the development and achievement of the objectives and goals of this Defense Aggregate.”

Zambrano responded that the reason for this decoration was his role as president of the Socialist Party.

The Socialist Party has been an ally of the project of the Citizen Revolution (a project developed by the government of Rafael Correa), a support strengthened with the participation of the SP in the United Front. (I) 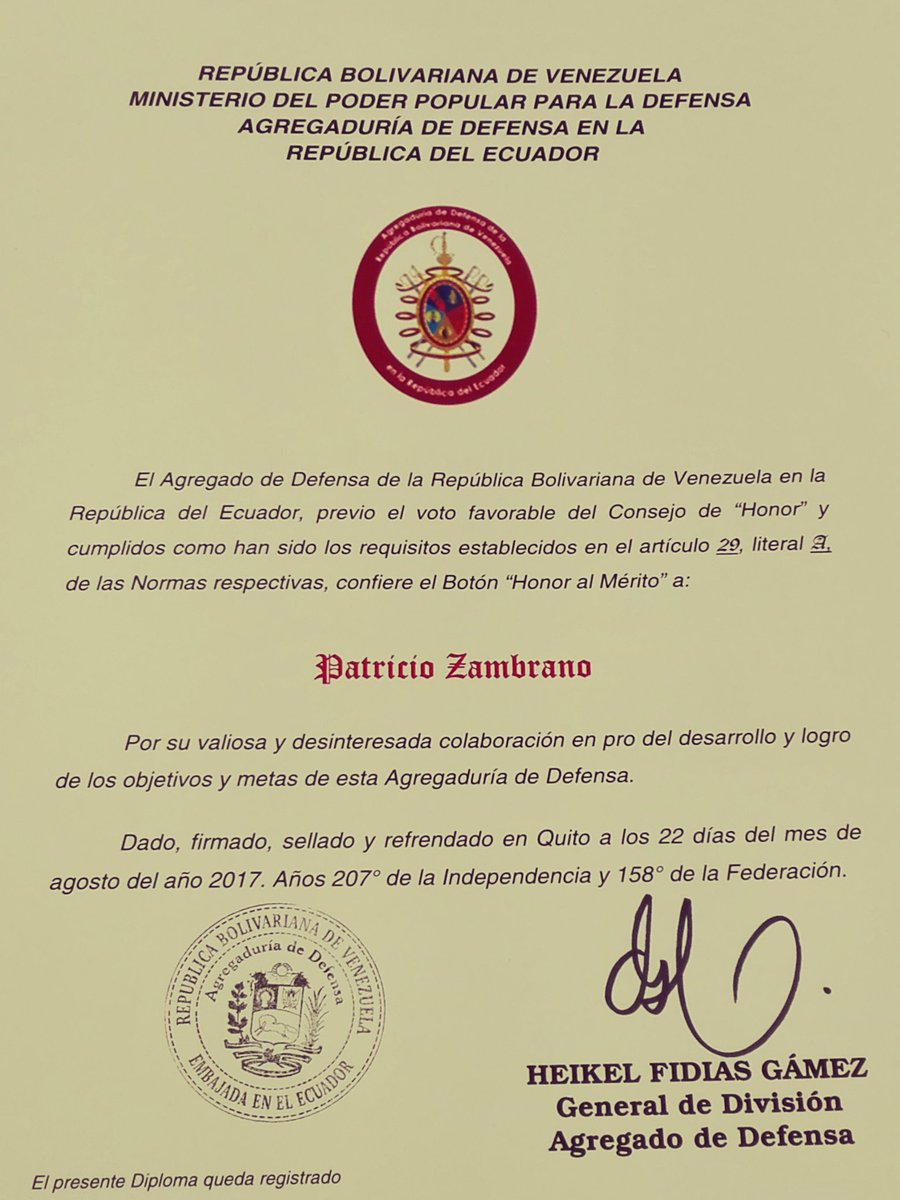