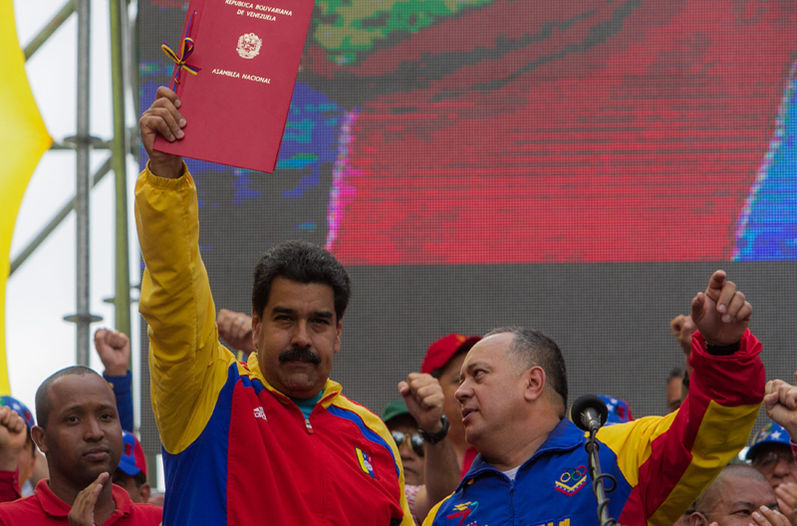 The Venezuelan legislature passed on Sunday “anti-imperialist” superpowers requested by leftist President Nicolas Maduro to rule by decree until the end of 2015 on security and defense affairs, amid the growing tension with the United States.

“This Assembly declares enacted this law,” said the head of the Legislative and number two of Chavism, Diosdado Cabello, after a vote of hands after more than two hours of debate.

“We’re going up there right now in front of the Miraflores Palace (seat of the presidency and where the government summoned an ‘anti-imperialist march’) to give the law to the people and our teammate Nicolas Maduro,” said Cabello.

Although the original request of Maduro was to rule for six months, the ruling bloc amended the draft on the fly and extended its validity until December 31, 2015.

The enabling law will allow Maduro to legislate for “protection from interference by other States in the internal affairs of the Republic, warmongering actions or any external or internal activity that seeks to violate the peace.”