Venezuelan Vice President threatens to prison those who attempt to protest 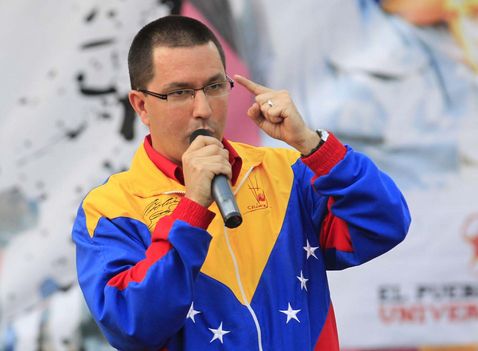 The Vice President of Venezuela, Jorge Arreaza, threatened with jail on Saturday those who try to disrupt order in the country, generated by the long lines of shoppers in supermarkets by shortages of consumer goods.

Arreaza warned that “there are still plenty of cells available in Ramo Verde for those who dare to return to violate the peace of the republic with political violence.”

The official said that if a troublemaker wants to “keep company with the man who is in Ramo Verde (the opponent Leopoldo López), there are spaces available.”

He stated that the opposition has a plan to resume the protests that took place between February and May last year, which left 43 dead and over 800 injured.

“Do not be blatant, do not have the effrontery, do not insult the people that way. Recognize that you were behind that guarimbas plan (protests) and we are monitoring you,” he said at a ceremony in Caracas.

Arreaza insisted that there are opposition groups calling for a general strike on Monday, although the opposition alliance Bureau of Democratic Unity rejected to have echoed the rumor.

Colombia lamented the Ecuador safeguarding of 21% on their products