Victoria’s Secret lingerie and Bath and Body Works creams, with their own stores in Ecuador

Victoria’s Secret lingerie and perfumes and Bath and Body Works creams and soaps will be closer to Ecuadorians. 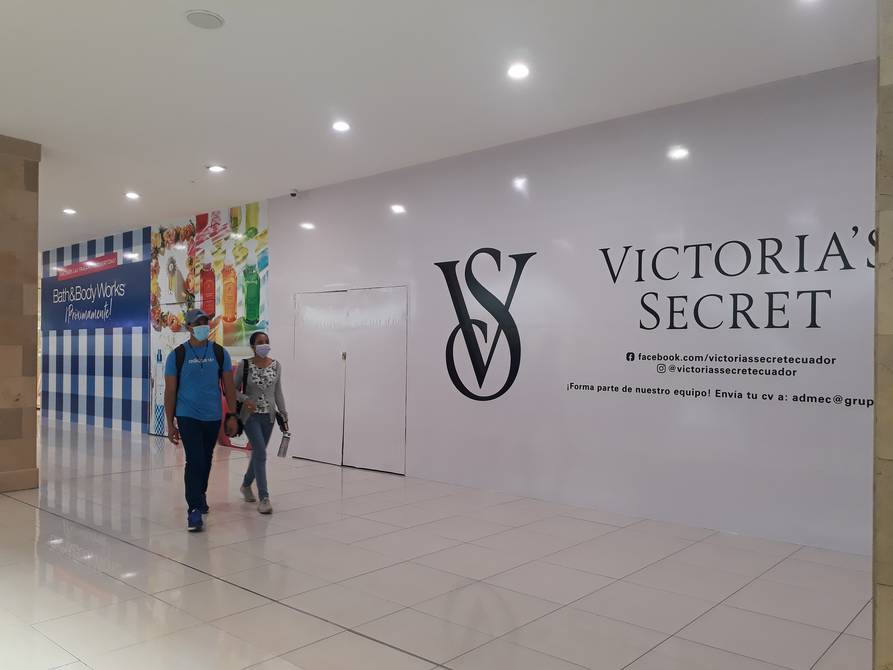 Victoria’s Secret and Bath and Body Works will open their store in the country for the first time.

US companies will open their stores in the country for the first time and will be located in San Marino Shopping, in Guayaquil.

On the first floor of the establishment is located the advertising of both brands that do not go unnoticed. Some citizens stop to photograph, and some share it on their social networks.

And it is that Victoria’s Secret and Bath and Body Works plan to open in the coming months and are brought by the David Group, a conglomerate of various companies based in Panama.

This group has promoted the presence of Victoria’s Secret since 2009 in various countries in the region, as confirmed by its web portal.

The lingerie firm has a network of more than 30 beauty and accessories stores in countries such as Peru, Colombia, Panama, Costa Rica and others.

While Bath and Body Works, recognized for its personal care products, has establishments in El Salvador, Guatemala, the Dominican Republic and others.

Jorge Gagliardo, commercial manager of DK Management Services, an Ecuadorian company that operates several shopping centers, including San Marino Shopping, said that the arrival of these two brands arose from negotiations before the COVID-19 pandemic and that it was accentuated in the middle of the 2020.

“Ecuador has always been in the focus of these great brands in the region, and I think the change of government helped a lot. Another variant is the moment of reactivation that is being generated as a result of the vaccination that gives confidence to both national and international investors,” he says, adding that being dollarized is another incentive.

Both brands are together on the first floor of the shopping center and this decision is born of the taste of the companies, says Gagliardo.

“Many of the brands that accompany us today are a virtuous circle and they want to be or have as neighbors also international or more consolidated national brands,” he explains.

He affirms that the strategy with Victoria’s Secret and Bath and Body Works does not only end in opening a store but also having more establishments and in other shopping centers such as Quicentro Shopping, which is also managed by DK Management Services.

“International investors plan to establish a large operation in Ecuador, not only because of these brands that are going to enter, but also at a general level. Not only with one or two stores, but also being able to enter Guayaquil, Quito, even Manta”, he points out.

According to Gagliardo, the brands come with the intention of generating national employment and even Victoria’s Secret in its advertising has placed an email to receive resumes.

This company was founded in San Francisco, California, in 1977 and Bath and Body Works, in New Albany, Ohio in 1990.

For November, Victoria’s Secret is expected to open a store in Uruguay with an investment of more than $ 2 million, according to the newspaper El País of Uruguay. (I)

TikTok is the fastest growing social network in Ecuador