With a seven-minute video as a tribute to one of China’s most beloved legends, the violinist Ecuador Pillajo Barona received a special award from the Chinese Bridge Global Music international talent contest , organized by the Confucius Institute of Music, on October 14. through its Center for Cultural Exchange of Music. 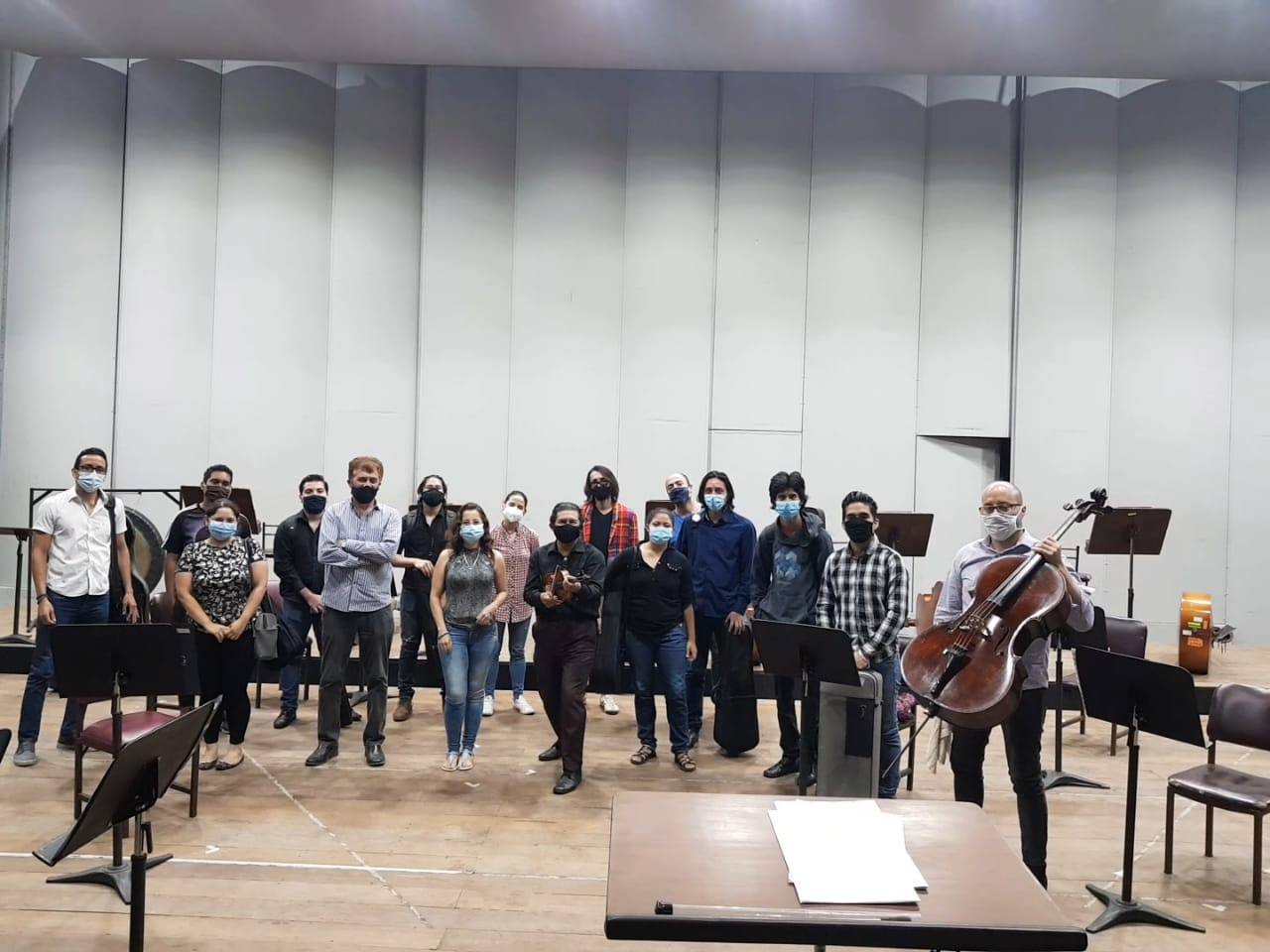 It is an arrangement that Pillajo made of a traditional Chinese melody linked to the ancient legend Love of the butterflies . “It is pentatonic music, a melody of eight measures, very short, barely 32 beats,” says the violinist, born in Naranjito. “Professional Chinese musicians devised a 27-minute violin concerto based on it. What I did was a special arrangement of what they produced, together with what I knew about the melody ”, which contains the love story of two characters who are for China like Romeo and Juliet for Italy .

In fact, the scene cities of both stories, the Chinese Ningbo and the Italian Verona, have been twinned since 2005, having exchanged statues of the characters.

Photo of the monument to Liang Shanbo and Zhu Yingtai, near Juliet’s tomb, in Verona, Italy (by Andrijko Z., Wikimedia).

The legend of the Butterfly Lovers, Zhu Yingtai and Liang Shanbo, dates back to at least the 5th century BC. C. The young nobleman Zhu convinces her father to send her to study disguised as a man. Along the way he meets his schoolmate Liang, with whom he makes a pact of brotherhood.

When Zhu must leave his studies to return home, she invites Liang to visit her. Once he has confessed that he is a woman, he intends to marry her, but the family has already arranged Zhu’s marriage to a wealthy merchant. Liang retires and becomes a magistrate, but his health deteriorates until he dies.

The recording of Pillajo’s version, entitled Butterfly Lovers , was made at the Teatro Centro de Arte, with a group of thirteen musicians from the Guayaquil Symphony Orchestra and the artistic direction of Dante Anzolini. “At no time did we think that he was going to win an award,” says the violinist, who did not personally send the video to the competition. “We recorded with a cell phone, without special microphones, with masks and distancing. And that video competed, without us knowing it, with more than 230 videos from 68 countries ”.

He explains that the video was designed for the virtual concert Shared Moon, illuminated life, organized by the General Consulate of the People’s Republic of China in Guayaquil , which celebrated 40 years of diplomatic relations between that country and Ecuador.

“We uploaded it to YouTube and sent the link (as a courtesy) to the consul.” In that office they considered that the work had merit to participate in the Chinese Bridge. “And days later I received the surprise news that I had won an award.” Recently, Pillajo adds, the official notification came from the contest’s organizing committee. With it came an invitation to participate in the Cloud concert, recording a violin solo that will be joined by a performance by the Chinese Symphony Orchestra.

Pillajo defines traditional Chinese music as “magical and very descriptive of nature and human emotions”, and highlights that the jury was made up of 19 very high-level musicians, summoned by the Central Conservatory of Beijing and the Confucius Institute .

The Chinese Bridge Global Music competition, which is part of the Virtual Summer Camp of Chinese Music Culture, gave awards to instrumental and vocal groups, and original works, in addition to the special and institutional award. In the vocal category, Anahí León Carranza, from Ecuador, won the third prize.

The Confucius Institute of Music, based in the city of Hanban, has been dedicated since 2014 to organizing various events to help foreign talents to become interested in Chinese musical culture , to deepen their studies of it and to spread it in their countries of origin. Its aim is to create experts in Chinese music and promote the understanding of this culture in the world. (I)

The Guayaquil COE toughens measures due to the increase in covid-19 cases; ICUs are 95%