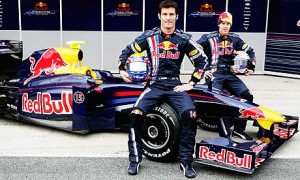 Australian racing pilot, Mark Webber, (Red Bull) competed on the last four races of the season with broken shoulder, injury he acquired by felling of his bicycle before the Great Price of Japan Formula 1.

“Last Sunday before Suzuka I rode a bike for the first time after my accident in Tasmania at the end of 2008. One of my best friends was in front of me.” Afterwards he clashed with him incidentally.

The pilot suffered an injury known as the fracture of the skier on the right shoulder. Webber didn’t told about his fracture to the chief Christian Horner; to hide his pain he injected himself with cortisone shots.