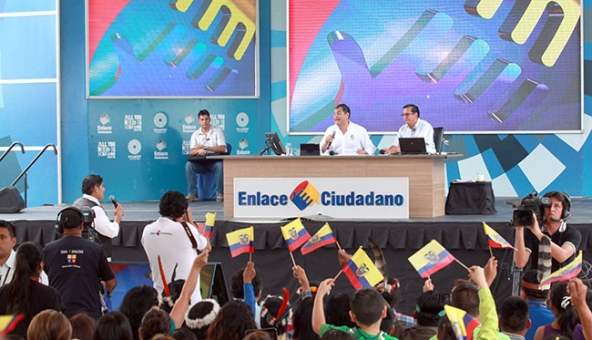 President Rafael Correa announced this week the reconstruction program for Manabi, one of the most affected provinces by the devastating earthquake of 7.8 magnitude, occurred 10 days ago, whose epicenter was Pedernales. This was announced on April 26 tby he National Secretary of Policy Management Paola Pabon.

This plan includes the sale of assets and adjustments in the public sector, as measures of economic recovery. However, he noted that weekly addresses, broadcast every Saturday, are not included in the austerity measures.

“The president will make several announcements on the adjustments, but we claim the right to continue informing and we ask that hopefully other political actors are looked with the same magnifying glass like the Government is looked. Since the Government is entitled to make reports and accountabilities, weekly addresses will continue.”