Why do women vote separately in Ecuador? 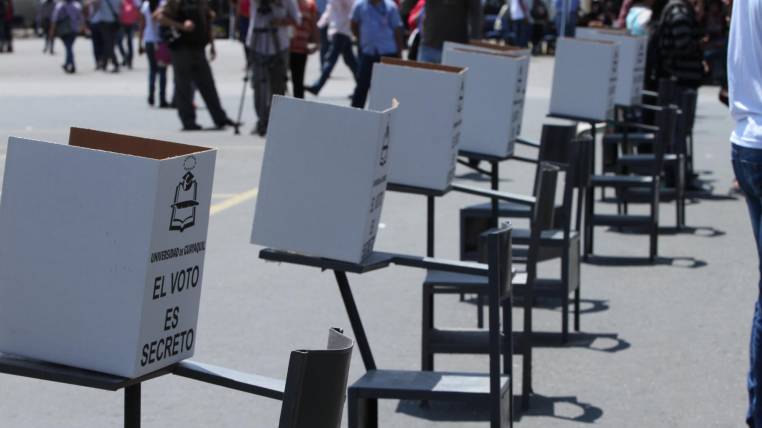 Ecuador was the first Latin American country to consecrate women’s suffrage in 1929 and one of those that maintains in America the custom of women exercising suffrage in separate ranks and tables of men, a practice deeply rooted in the electoral heritage.

“We are the only country in America that has two rows separated by men and women,” assured Efe the first woman who heads the National Electoral Council (CNE) in Ecuador since November, Nubia Villacís, who defends that the current format should be changed.

Ecuadorians in the country, as well as those who are abroad, deposit their ballot in each electoral process in ballot boxes placed on tables exclusively for women or men and separate rows for men and

women. In the Latin American region, only the Dominican Republic follows a similar voting procedure. So they will do next Sunday, February 4, when they are called to demonstrate on a referendum and popular referendum that includes seven questions of various kinds, such as corruption, indefinite reelection, sexual crimes against minors, or the environment. It is a common occurrence, few are those who consider their modification and many what are surprised when they are questioned about their origin or suspect that elsewhere in the world is voted in the same way.

Villacís affirms that an attempt was made to change the measure in “the previous process”, when in 2017 two electoral rounds were held to elect president and vice president, but when it was raised, “organizations (of women), even international organizations, jumped, because they considered the fact that there are divided ranks. ” Among the reasons for this separation, she points out that she probably decided to “give a little more comfort to the woman” and avoid finding herself “made a sandwich” between two men, preventing acts of gallantry such as letting women pass and that the masculine vote was delayed, or by pure “tradition”.

The high electoral leader remembers that at the time, this fact was even seen as an achievement by the feminist groups because it facilitated and encouraged the female vote.

Villacís, recognizes that the phenomenon even surprises the observers and insists that she does not consider women as a “special attention group”, because she has the same right and responsibility as men to go to vote -the vote is mandatory- ” and stand in line. ” And remember that more than 600 Ecuadorians have asked for the change of gender in their identity card to be able to do it in the row in which they feel comfortable, a measure that maybe, could be attenuated if they were mixed.

In a traditional society with high level vulnerability of women, especially among the socio-culturally disadvantaged sectors, the fact that women can exercise suffrage without coercion on the part of men is defended by many over that of women equality between sexes.

The representative of UN Women in Ecuador and former Spanish Minister of Equality, Bibiana Aido, maintains that “there is no perfect electoral system and obviously this is conditioned by the cultural and social contexts of each country.” “The tendency in the region is to eliminate these spaces of segregation, also in the polls”, points out a phenomenon that disappeared from the polling stations in Argentina in 2011 and in Chile in 2012.

It lists arguments such as security, avoiding harassment in the ranks and, most especially, feeling “more free, independent and autonomous” in the exercise of their vote without being coerced by husbands, fathers, etc. Andrea Rivera, politic of the city of Cuenca (south of the country), of the organization ‘Women for Change’, adds “the advantage” of the measure at the statistical level: “With the division it is easier to handle the data separately, as much of political participation as of electoral behavior “.

It supports the division and says that it occurs in many other areas, such as “the biological and the fact that there are bathrooms for men and women, which make us feel more comfortable”. Consulted by Efe, the constitutionalist expert Jorge Benavides, believes that, in Ecuador, the division by sex is “deeply rooted” socially. “I do not think it’s against the Constitution, but it shows a little parity in the democratic exercise of suffrage,” he concludes. (I)

Ecuador, in the flight plan of 3 airlines