With an advance of $300 million, Vitol Inc. secured $922 million of Ecuadorian fuel oil over 30 months

The contract between Petroecuador and Oman Trading International Limited (OTI) represented the multinational Vitol Inc. a good deal, which according to U.S. prosecutors was obtained thanks to bribes and dishonest advantages of its executive Javier Aguilar. Vitol cancelled $300 million in advance to Petroecuador and secured a provision of $900 million of fuel oil n°6 for 30 months. 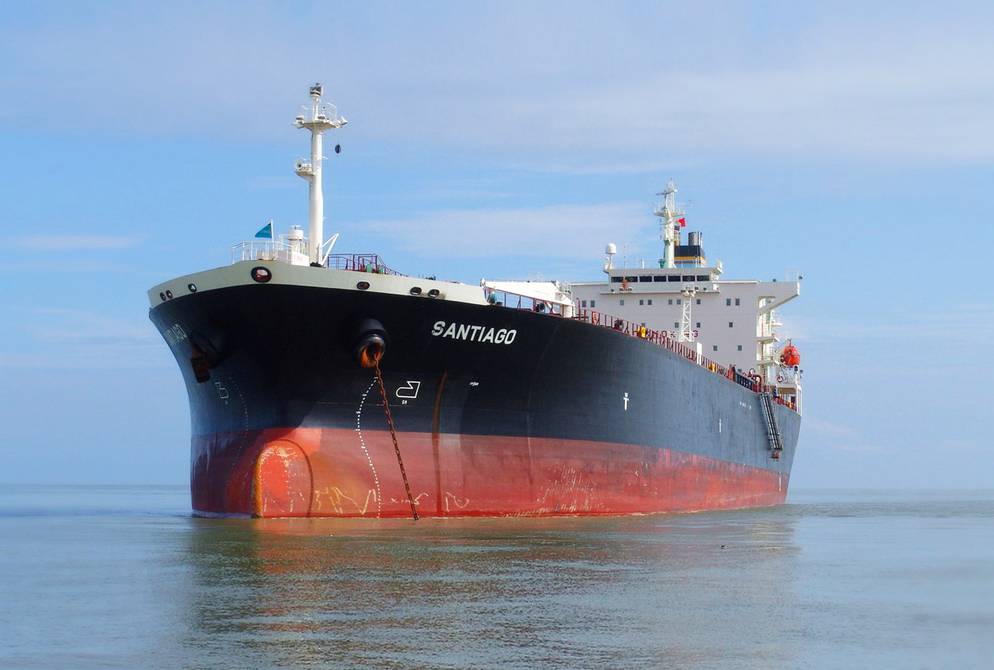 The Ship Santiago, of Ecuadorian flag, served to transport the fuel oil n°6 to the port of Balboa, Panama.

The loan, with a surcharge of a fixed rate of 6.86% per year and guaranteed by fuel deliveries, would serve “to finance the development of certain projects in the Republic of Ecuador,” says a letter from then Finance Minister Fausto Herrera addressed to OTI, which is part of the contract. In the document, Herrera noted that the Ministry “is satisfied with the content of the contract… and shall promote the execution of EP Petroecuador of its obligations.

Trading closed on December 6, 2016, when petroecuador’s then-manager, Pedro Merizalde Pavón, and the director of Oman Trading International Limited (OTI), Talal Al Awfi, signed the 2016-949 contract. To discount the loan, the state-owned oil company committed to deliver 90 shipments of fuel oil No. 6 from January 2017 to June 2019.

In addition to Merizalde, the commercial contact of the contract by Petroecuador was Nilsen Arias, and on the side of OTI, Sam Naylor and Mark Craig.

As a price reference, the value of platts’ average quote was taken, to which a spread was added or subtracted, which was traded “in good faith” per semester. This final price could be adjusted for quality (sulfur level and viscosity) and also for changes in freight destination.

In this contract, Petroecuador committed to deliver the waste in Balboa, Panama, with options to change destination if the customer so requested. The state did not assume this cost, but it did have to manage it with Flopec, the other state that serves as its counterpart for shipping transport.

Thanks to a request for access to information submitted to Petroecuador, EL UNIVERSO obtained all invoices and shipments of fuel related to this business. In total, 17.02 million barrels were delivered, representing an amount of $922.10 million. With the surcharge of the interest on the loan, $316.25 million was paid for this concept, which were deducted in monthly installments.

Only in seven of the 90 shipments, the fuel was delivered entirely in Balboa, while in another 55 they went to other Panamanian ports. The rest of the deliveries, totaling 28, were made in Panama and terminals in other countries, such as Nicaragua, Honduras, El Salvador and Mexico.

In only seven of the 90 shipments Ecuadorian ships were used (called Santiago and Cotopaxi), the rest of the transfers were in charge of tankers of flags of Marshall Islands, Liberia, Malta, Micronesia and Panama.

OTI appears as the buyer in all invoices, never mentioned the name of Vitol Inc., who was the true recipient of the product, as this company has acknowledged to the U.S. authorities. The oil giant reached a court settlement in the United States and paid a fine of more than $164 million.

A petroecuador source explained that since the entire product was committed to this contract, it would not be possible to compare the agreed prices in relation to a “spot” sale, which are public tenders in which buyers fight for a price. He also questioned the commitment made to deliver the fuel in the port of Balboa, Panama, when the logical thing to do was to do so in Esmeraldas.

According to U.S. prosecutors, 25 cents of the dollar of each barrel went to pay commissions and bribes to an intermediary, two consultants of Ecuadorian origin based in Miami and two Ecuadorian officials, who participated in the bribery and money laundering scheme related to this contract. Prosecutors speak of payments made in the order of $900,000 for officials and at least $1.4 million for consultants.

Hearings in the case, which is being pursued in New York with Mexican-American Javier Aguilar, will resume in early July.

Between July 2019 and December 2020, Petroecuador awarded contracts for long-term fuel oil sales, and as of January 2021 it uses the short-term “spot” sales modality. (I)