Workers claim against the discount of a day’s wages 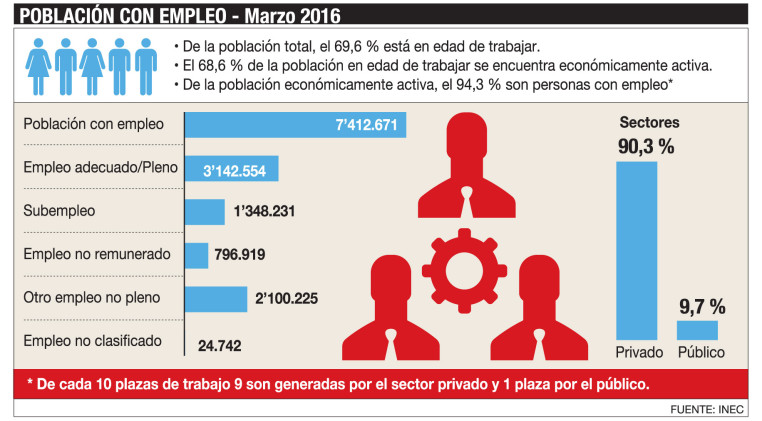 Workers say this provision violates their constitutional rights. Employers do not like it, but will abide by the law.

This measure was included in the Solidarity Law to help the victims of the earthquake of April 16, approved by the Assembly on May 12. Since June, those who earn over $ 1,000 a month will contribute with the 3.33% of their salary. The number of payments increases according to salary: thus, those who earn more than $ 20,000 will contribute for eight months.

The Ecuadorean Labour Parliament and the United Workers Front (FUT) have expressed the same objections.

Jaime Arciniegas, current president of the Parliament, told to daily Expreso that this rule violates the constitutional provision that determines that the payment of salaries “shall not be diminished or discounted.” According to him, only by the express authorization of the worker, values can be discounted from his salary.

Edmund Chladek: “Galo Chiriboga did not tell us he owned Madrigal”