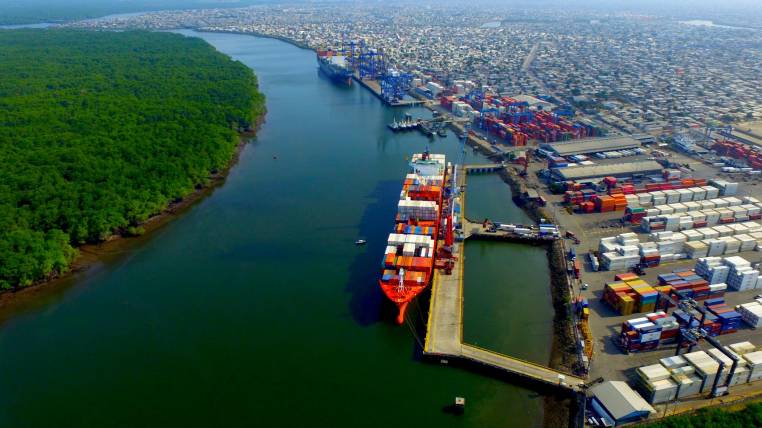 The route is free: the Municipality of Guayaquil obtained the signature of four entities for its first PPP (Public-Private Partnership) and will make it more attractive in the eyes of international companies to dredge the access channel to the city’s ports.

The Ministries of Transport, Finance, the Secretariat of Planning and Development and the Interinstitutional Committee of PPP, Infrastructure and Transport Management approved under the modality of public-private partnership, the Dredging project of the Access Channel to the Port Terminals of Guayaquil, including dredging and maintenance. Interested companies expected this approval, which will allow them to obtain tax and other benefits.

Last year four companies showed their interest in dredging, which will allow the entry of large vessels: Construdipro, Dredging International N.V., CRBC-Shanghai Dredging Consortium and Van Oord DMC BV Associates. Mayor Jaime Nebot was only waiting for the approval of his APP proposal to call an international contest.

In 2016, 1,918 ships entered that route, according to the Ministry of Transport’s (MTOP) yearbook.

The proposal of the Cabildo implies that the private manager will finance, at his own risk, the works, services and unforeseen matters of the project. It will have to execute the dredging works of opening (deepening) of the maritime and fluvial access channel (obligation to build), in accordance with the guidelines established in the contract. And it will also be responsible for the collection and collection of port fees for the use of the channel.

It must cover the costs of environmental, bathymetric, control and control studies, and others that are necessary under the terms set forth in the delegated management contract.

With this, says the signed APP proposal, the maritime transport activities carried out in the city will achieve a higher level of competitiveness, by allowing the international traffic vessels to increase their cargo capacity, both on entry and exit. the port terminals located in Guayaquil.

The private manager must have their own dredges, with which they must fulfill the objective of the project. The total amount of the initial private referential investment has been estimated at approximately 82’376,615 dollars.

The company that wins the international tender must buy two suction dredges (sediments) at a cost of 30.5 million dollars each. The dredging includes the rocky obstacle of Los Goles, which is in the entrance area to the canal.

The project proposed by the Municipal GAD of Guayaquil will be developed under FBOT terms, which means that the private will assume the financing, construction, operation and transfer of the public service product of delegation. (I)