Last Tuesday a merchant in the Alborada citadel went to the District Attorney asking for the approval of the Act that allows adolescents from 16 years to be charged for crimes as adults.

At 19:00 merchant Sergio Alfredo Calle Rosas, of 47 years arrived home in block 708 in the seventh stage of the Alborada, his parents accompanied him on his truck.

Aboard of a Hyundai Matrix with the license plate GPZ-034 were three assassins waiting for him. One of them approached towards Sergio and shot him 3 times at close range. After the homicide the perpetrators tried to escape but neighbors had already called a police car that was patrolling near the area at the moment. The officers proceeded to chase the Hyundai and apprehended its occupants.

The suspects were positively identified as Jimmy Seminario Rodas of 26, Cristian Guerrero Micolta, 29, and a minor of 15 years old who was recognized as the shooter. This case and nine other murders were reported the last week of August in the Provincial Security Council. 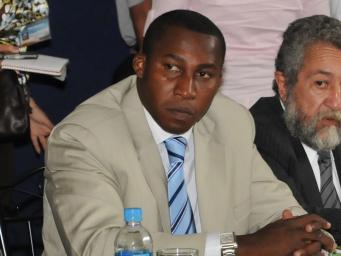 Governor Roberto Cuero said that assassins is a worrying subject for the police and is being dealt with intelligence units. “There is no doubt that we are not happy with this figures but we have to give much more”, expressed the Governor of Guayas.

The Centre of Citizen Security (OSC) in Guayaquil indicates that from January to August 679 minors have being detained for several crimes. So far 382 subjects are under arrest for contraventions. These figures represent the 36% of adults apprehended for illegal activities.

The Guayas District Attorney, Antonio Gagliardo pointed out that the law is benign and tends to commit criminal acts against minors, because is pointless that charges can be pressed on them.

Gagliardo urged the Assembly to grant the Prosecutors request to make the penalties against juvenile delinquents more severe. This would mean the modification of the Minor and Criminal Codes.

The District Attorney of Guayas expressed “These adolescents must be responsible for their actions, because they act on their own free will and know what they are doing. Measures must be taken or should we wait for them to keep murdering, raping and stealing”

If a person is accused of being an assassin it may receive a sentence of 25 years, but if it’s about a minor the maximum time of conviction is only 4 years. This includes the benefits of 2×1 or the socio educational might gain their freedom in short time. District Attorney said “these penalties are an insult to the victims and is time to seriously meditate on this matter.”

The Ministry of Justice and the Council on Children and Adolescents expressed that minors are not attributable for this and the penalties for adults should be the ones that must be reinforced. In most cases the adults use teenagers to commit crimes.

General District Attorney, Washington Pesántez was infuriated by this and complain about this to the minister of Justice, José Serrano by not including these proposals for the prosecution in the criminal reforms bill sent to the Legislative Function.

Meanwhile in the Judicial Police Facilities was the center of painful scenes when the relatives testify in the audience for pressing charges against the assassins that murdered Calle. Amongst them was the minor of 15 years old responsible for taking the merchant´s life.

An Unknown Species of Dinosaur is Discovered in Ecuador