Peace Talks Among Israeli and Palestinian

Hillary Rodham Clinton, Secretary of State in Washington, renewed peace negotiations between Israel and Palestinians on Thursday. “We’ve been here before, and we know how difficult the road ahead will be”, she said with a confident attitude, and expects that problems between both countries be solved within a year.

Benjamin Netanyahuof, Prime Minister of Israel, and Mahmoud Abbas, President of the Palestinian Authority agreed to meet on September 14 and 15 in the Middle East, they planned to hold conversations every two weeks thereafter, reported George Mitchell. Obama administration wishes peace for the Middle East. 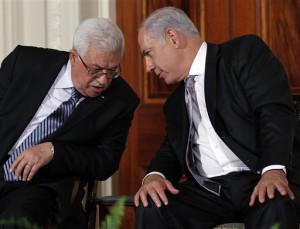 That was a history-making day at the State Department, the Palestinian delegation entered the room first, twenty minutes later, the Israelis entered to take their places and gaze at their Palestinian counterparts. Mrs. Clinton paid tribute to the diplomats in the room, she noticed that many of them were veteran mediators.  Dennis B. Ross, a senior White House adviser on the Middle East who helped run the Camp David negotiations for President Bill Clinton in 2000, was also there. Seasoned negotiators like Netanyahu’s adviser on the process, Yitzhak Molcho, and President Abbas’s chief negotiator, Saeb Erekat were also at the table. “The people sitting here have worked very hard for many years now it’s time to get to work,” she said.

Mubarak’s standing, 82 years old, comments amongst officials of the region generated, they said the administration was eager to get direct talks going as soon as possible due to his fragile health. USA is concerned about what will happen if he is no longer present.

Previous attempts to involve Israel’s Arab neighbors in constructing a peace deal between Israelis and Palestinians have ended in negative results. Obama’s most recent attempt, when he tried to win confidence-building measures from Israel’s neighbors like allowing Israeli carriers to fly over their countries, failed when Saudi Arabia and other Arab states refused. 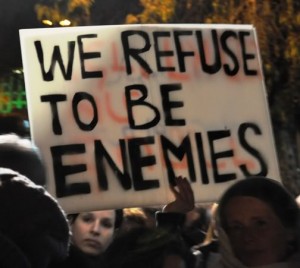 Saudi Arabia and other Persian Gulf states have been slow to deliver promised financial aid to the Palestinian Authority, officials close to Mr. Abbas said, and the authority faces an increasingly dire shortfall.

Mrs. Clinton also addressed the people of the Middle East directly. “Your leaders may be sitting at the negotiating table,” she said, “but you are ultimately the ones who will ultimately decide the future.” Mrs. Clinton asked Israelis and Palestinians for their “support and patience” in the process.

On Friday morning, she is to give an unusual joint interview to Israeli and Palestinian television channels, part of what will be an aggressive strategy to sell the peace process at home and abroad.