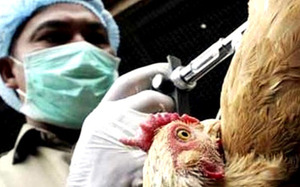 The 20-year-old woman is the first human in the world that suffers from avian flu H6N1, reported the magazine ‘Lancet Respiratory Medicine’.

Doctors took a sample from the throat of this young woman who had trouble  breathing and flu-like symptoms last May and after analyzing it they discovered a mutation of the strain of H6N1 influenza (which was detected for the first time in chickens on the island in 1970), which adheres to human cells and infect them.

The researchers of the Taiwanese centers of  control of diseases were commissioned to examine the 36 people who were in contact with this young woman who has recovered smoothly, and determined that only six of them showed fever  and suffered respiratory symptoms similar to the patient, however none was infected by the virus.

The virus is a product of the mutation of avian flu subtype H7N9 and has infected around 130 people since March, of which 45 were killed. Avian flu virus mutate to become resistant to the drugs that fight it.

6 Years ago the world was alarmed by a new mutation, called AH1N1, which caused a pandemic and is now controlled. Last week, the Ministry of health of Ecuador launched a vaccination campaign to immunize against the AH1N1 3.7 million people, mainly children, pregnant women, older adults and workers at risk.

Chevron rejects the rectification of the sentence for the victims