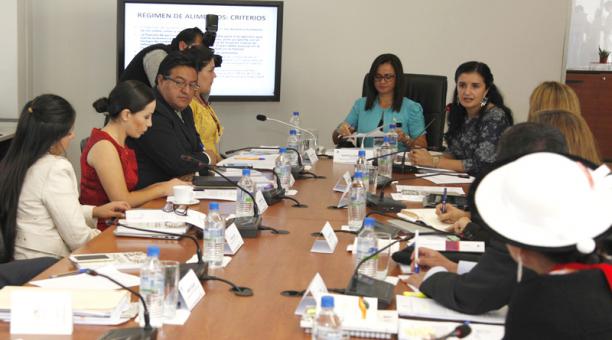 The shared tenure, the food allowance chart and the visits regime were part of the issues that were addressed yesterday June 14, 2017 in the Justice Commission of the National Assembly.

Several actors went to see the analysis of the Draft Reformatory Law of the Children’s Code, which passed the first debate in May.

The Minister of Justice, Rosana Alvarado, highlighted what happens with parental authority and the possession of children, in cases where the parents get divorced. For her, these issues have not been consolidated within the proposal that is discussed at the table. She emphasized that the right of the infant to receive a pension for his food and other necessities should be given priority.

Alvarado stressed the importance of maintaining the chart. Through it the pension is fixed, according to the monthly income of the father who does not live with the child.

Before this tool was available, amounts below USD 100 were established. Some reached USD 10. Now a minimum item was set. “The commitment of the mother exceeds the amount deposited”.

In his speech, Alvarado stressed that the pension system is not a business. “There are no enriched mothers. With less than USD 100, no woman does business”. (I)

20,000 signatures for non-extradition of the young Ecuadorian Diego Puma