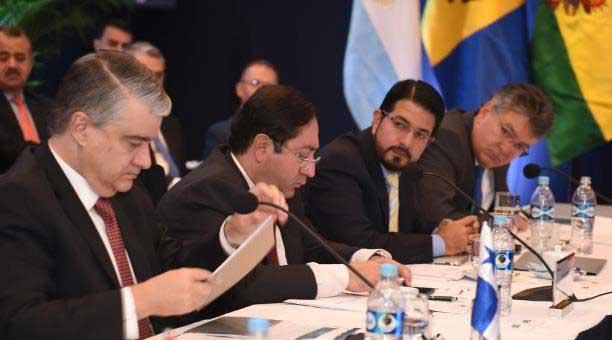 The Ministry of Finance proposed not to exceed the USD 36 818 million barrier in the 2018 General State Budget Pro Forma, to be presented later this month to the Legislature for approval.

President Lenin Moreno and Finance Minister Carlos de la Torre agree that current levels of indebtedness are untenable. However, the Minister reported that in 2018 financing needs “will be in the order of USD 10 billion,” a figure very similar to that recorded in 2017.

Of that amount, “a little bit more” than USD 7 billion is needed to cancel redemption of the public debt. In addition, he said that the Treasury will need another $ 2.7 billion in loans to cover next year’s public deficit, that is, the gap between public revenue and spending.

This year the expected gap is 4.7 billion. “We are looking for financing in better conditions to get out of the expensive debt and get a cheaper and longer-term debt, which can take between three and four years,” De la Torre said.

Funding sources next year will be the same as in 2017: international banks and bond placements. The official said that although all these new resources must be obtained, 75% will be used for the payment of previous debts. “You have to understand that we are getting into debt, but we are also paying the old debt.” (I)