10,000 people in California will lose the Obamacare health insurance 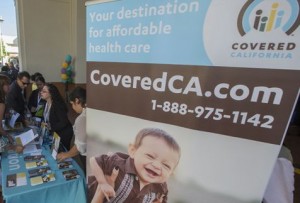 About 10,000 people in California, USA, will lose the health insurance they had obtained by the new health law, known as ‘Obamacare,’ which came into force in the country a few months ago.

According to BBC, the excluded are those who could not prove until September 30, deadline to submit the documents, that they are American citizens or are lawfully residing in the North American territory.

Of the total reported from September, more than 82,000 families (representing over 130,105 people) sent the documentation, while 9,645 families (or 10,474 people a) did not, according to Covered California.

Obamacare, passed in 2010, provides online insurance markets for nearly 48 million people (15% of the American population) without insurance can have access to private health plans.

Up to the date, more than 7 million people have benefited from “Obamacare,” according to the American government.