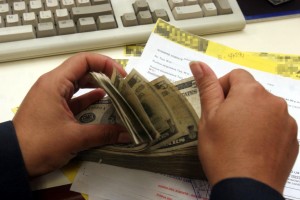 In the first half of the year, the amount of money coming into the country from abroad fell to $ 105.3 million compared to the same period of 2014, a drop equivalent to 9%, according to data from the Central Bank of Ecuador (BCE for its Spanish acronym).

In the first six months of this year $1,125.8 million came to Ecuador, while that last year in this period the country received $ 1,231.1 million.

The most significant decreases came from Spain and Italy, with falls of 25% and 20%, in that order. However, remittances from the United States rose by 4%.