13 organizations agree on the extinction of the Cpccs 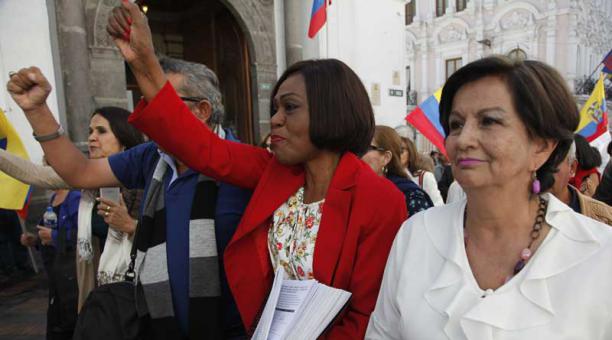 The elimination of the Council of Citizen Participation and Social Control (Cpccs), the dismissal of the current control authorities, the removal of indefinite reelection and changes in the Law of Communication. These are the issues reached in consensus by the groups that propose a referendum.

In addition to the four coincident points, others are mentioned, such as the reinstatement of the State’s contribution (40%) to the Social Security, the formation of a constituent assembly, the repeal of the Capital Gains Law, the elimination of the ceiling for distributable worker´s profits, the drug portability table, among others.

Social and political organizations consider that the Council for Citizen Participation and Social Control has not fulfilled its objectives of selecting independent authorities and contribute to combating corruption. However, the ruling party says that this requires a constituent assembly. Henry Cucalón, a PSC Legislator, clarifies that eliminating the Council does not imply modifying the structure of the State. (I)