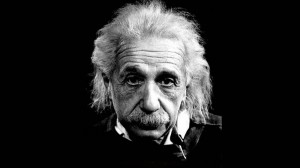 Albert Einstein, the most important scientist of the twentieth century, was born 135 years ago

Today marks 135 years of the birth of Albert Einstein, one of the greatest scientists of the twentieth century.

Einstein was a German physicist of Jewish origin, born on March 14, 1879. Among his most important contributions count the publication of his Special Theory of Relativity, which derived the most famous equation in physics at popular level: the mass-energy equivalence, E = mc ².

In 1925 Einstein published the Theory of General Relativity, which reformulates the whole concept of gravity.

In 1921 he obtained the Nobel Prize in Physics, for his work on the photoelectric effect and his numerous contributions to theoretical physics.

Although he was considered the father of the atomic bomb, Einstein advocated pacifism worldwide.