15 people are investigated by disappearances in a pharmacy 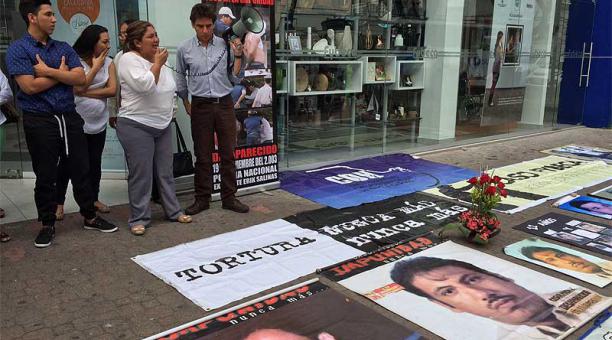 The case involving the disappearance of four people in a pharmacy in Guayaquil adds new details. On Monday next week the attorney´s office will file charges against 15 people who are investigated for the alleged kidnapping and forced disappearance of Cesar Augusto Mata, Jhonny Gomez Balda, Erwin Vivar and Darwin Canar. They were last seen during the shooting occurred in a pharmacy in Guayaquil on November 19, 2003.

At 07:00 of that day, a team of the Special Operations Group of the Police (GIR) broke into the pharmacy, located in La Alborada, to thwart an alleged assault. In this police operation eight people were killed and four men were reported missing. After the deaths, the attorney´s office initiated criminal proceedings against 18 people.

In September last year, Ecuadorean justice gave the final order for this group and 12 people were convicted as perpetrators and accomplices. Five remain at large and one turned out to be innocent. Instead, forced disappearance is a different judicial process that is still underway. 14 policemen are investigated. Of these, 10 are retired and four are still active. There is also a civilian. The latter headed the then Ministry of Government (currently of Interior).

Insurance companies have paid more than $ 80 million after earthquake