Clever Jimenez resorts to The Hague for the 30-S 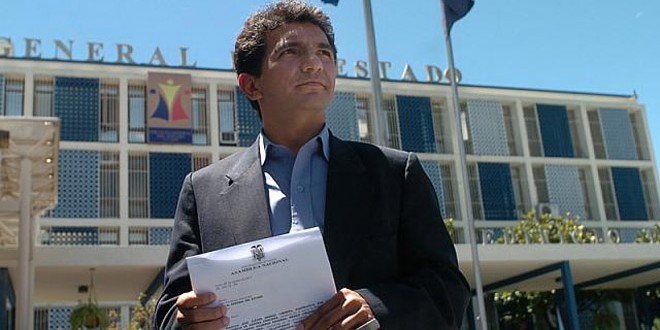 Former legislator Clever Jimenez filed a complaint against President Rafael Correa, before the International Criminal Court in The Hague and the District Attorney that body, by the events of September 30, 2010 that, according to him, constituted crimes against humanity.

That day there was a police uprising in the country that the government considers an attempt of coup d’etat and five people were killed by armed clashes.

Jimenez said yesterday upon his arrival to the country from Holland that the complaint was filed and a series of documents submitted in order to argue “that there were crimes against humanity” that day and subsequently.