18 dollarized years, but with low competitiveness 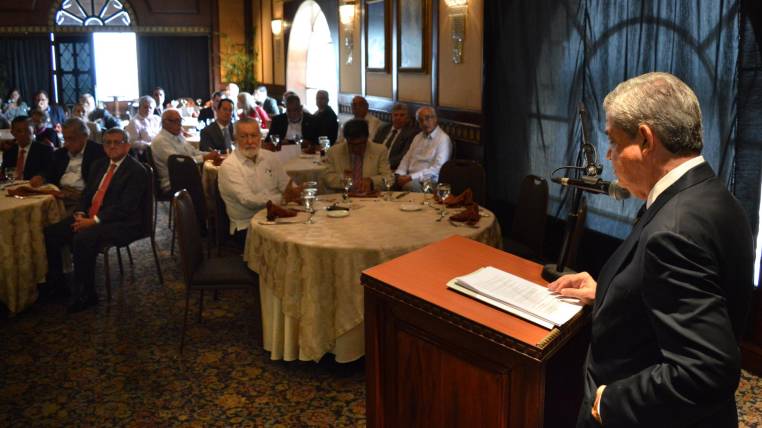 It has just come of age, but dollarization is still attributed to the ‘bad behavior’ of having made Ecuador an expensive country. Those who promoted the implementation of this currency in the year 2000 come out again to dispel that theory and to explain that the lack of better results is due to the absence of policies that allow the country to be more competitive and have a good management of its Public finances.

Carlos Julio Emanuele, former Minister of Economy and one of the main precursors of the adoption of this currency, was invited last Thursday by Fundación Ecuador to analyze this issue. Emanuele recalled that the implementation of a dollarized system prevented the current government from continuing to issue devalued sucres and that the country would stop its high inflation rate.

This went from 12.5% to less than 1% in the last 18 years. This not only allowed the Ecuadorian to begin to have greater purchasing power, but also to rely more on the financial system, to increase their deposits and with it the reactivation and consolidation of the credit system.

However, the dollar is not everything. Since its implementation, he said, it was necessary to work on strategies that would allow the country to reduce costs to produce and do business, an effect that is difficult to achieve if in the last decade 22 tax reforms have been promoted that promote the payment of 65 types of taxes.  While the Fiscal Responsibility Law lasted, which obliged the State to have its own reserves, dollarization had a positive effect also on public finances.

The average deficit between 1990 and 1997 was equivalent to 1.7% of GDP, a result that was undermined by a policy of financial mismanagement that in the decade of the citizen’s revolution was based on high indebtedness and the “waste of means”. From 2000 to 2017, spending increased from $ 3,410 million to $ 28,060 million.

For some economists, this supply of resources generated a false economic dynamic and with it the neglect to work in the development of productive sectors that are more promising for the country.

Francisco Swett, former Minister of Finance and one of the listeners of this talk, cited agribusiness as one of the most forgotten. “It is not true that the export of agricultural or primary products condemns us to underdevelopment. If that were the case, New Zealand, Australia would be underdeveloped countries and they are not, “said Swett, who urges the government to focus on the promotion and modernization of this sector.

What the country got

It is for economists, the greatest achievement of dollarization, in the social field. Inflation was reduced from more than 90% at the end of 1999 to 12.5% in 2002, to one digit at the end of 2003. This generated greater purchasing power among the people.

Bank deposits increased significantly as public confidence recovered. In 18 years, these went from $ 1,554 million to more than $ 25,000 million. The user knew that a strong currency like the dollar would hardly be devalued.

In the first 16 years of dollarization, GDP grew an average of 3.9% and in the first 6 years the government of Rafael Correa, 4.8%. An expansion that could not maintain in its management of a decade, still having large revenues. (I)