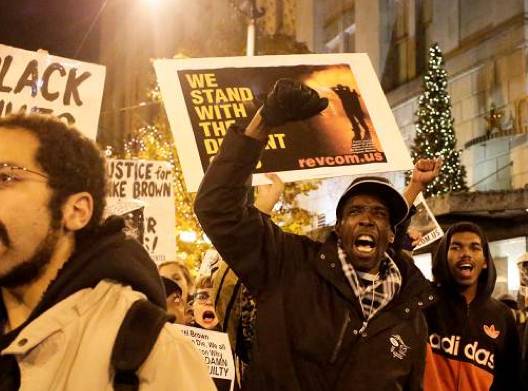 The Missouri Governor Jay Nixon ordered on Tuesday the deployment of more than 2,000 soldiers in Ferguson, center of the U.S., after meeting the second day of protests across the country, due to the ruling that found free of charges the white policeman who killed the young African-American Michael Brown.

“In total, there will be more than 2,200 members of the National Guard in the region. The lives and property must be protected. This community deserves to have peace,” Nixon told reporters.

The figure is three times the 700 who were in the streets when violence broke out on Monday night, after a grand jury decided not to present charges against the policeman Darren Wilson, for lack of evidence.

Last night, protesters burned buildings, looted shops and shot against policemen in Ferguson, a Saint Louis’s suburb of 21,000 inhabitants, being the majority of African descent.

Wilson, 28, shot Michael Brown, 18, on August 9 in Ferguson after an altercation with the young man in the street in broad daylight, in an incident that reignited racial tensions in the region.